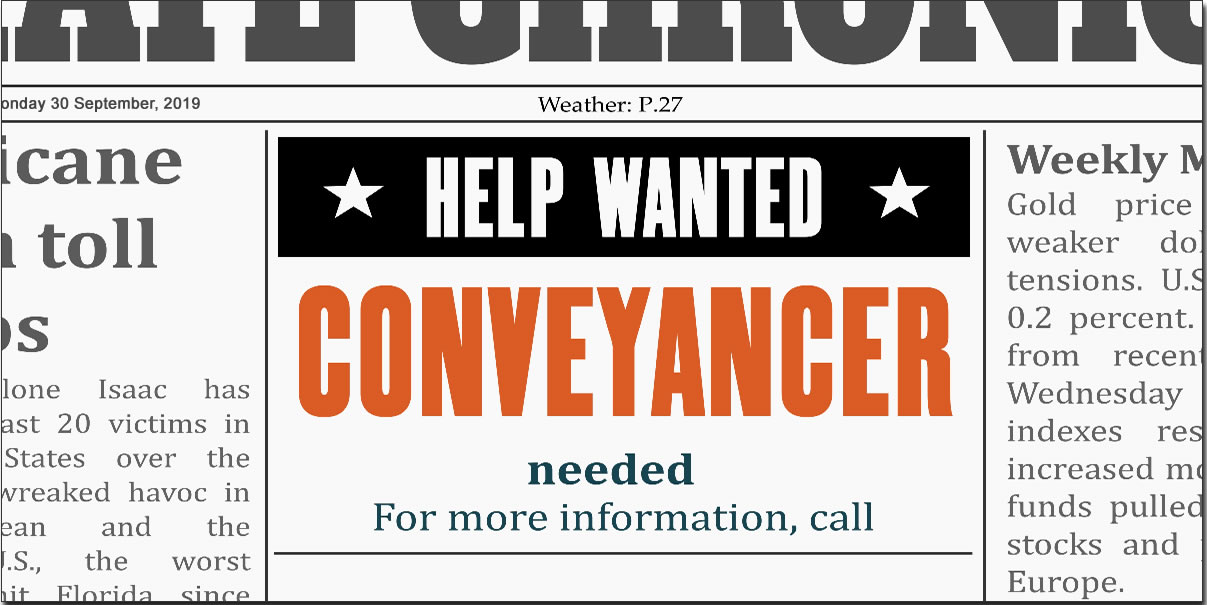 The Council for Licensed Conveyancers (CLC) has published the results of its 2019 Annual Regulatory Return showing high levels of business confidence amongst those whom it regulates. Almost a half of CLC regulated practices (45%) expect their work volumes to rise over the next 12 months with further 42% expected work volumes to remain the same.

The report has also revealed that over one-third (37%) of CLC regulated practices had reported increasing their prices in 2018/19 with only 4% having had to reduce prices.

Following the introduction of new transparency rules by the CLC last December, just six months before the survey, as part of a profession-wide push to help consumers shop around when looking for a lawyer, just over a quarter (27%) of firms said that customers have started to shop around more in the last year when choosing a legal services provider.

The report went on to reveal that Brexit has become the most commonly cited business risk over the coming year, with 30% of firms highlighting it as a major factor, with a greater fear of cybercrime (cited by 26%, up from 22% last year) close behind. The identification of fraud/money laundering as a risk dropped to 25% when compared to 2017/18 (34%). This drop is likely to reflect the greater attention licensed conveyancers have been paying to fraud: just 12 firms said they had been the victim of fraud in the previous year and only three incurred a cost as a result, the most being £15,000. A further 20% of firms reported stopping an attempted instance of fraud (17% in 2017/18).

“Against the background of uncertainty created by Brexit there has been remarkable consistency in the performance and outlook of the practices we regulate. It is encouraging to see how many firms expect to keep growing in the coming year.

“The efforts to improve transparency for consumers are still in their early days, but the very high levels of compliance with our new rules – and the signs that consumer behaviour is starting to shift – is a testament to CLC-regulated firms’ commitment to the public interest and enabling consumers to make an informed choice of property lawyer. When the rules were first introduced practices were concerned that publishing prices would create a ‘race to the bottom’, but this has clearly not happened.

“We as a regulator and our regulated community have worked hard to identify and combat the risks of fraud, money laundering and cybercrime, and the signs are that this is paying off. But we are all too aware of how quickly criminals adapt, so focusing on these dangers remains one of the central priorities of our monitoring work.”