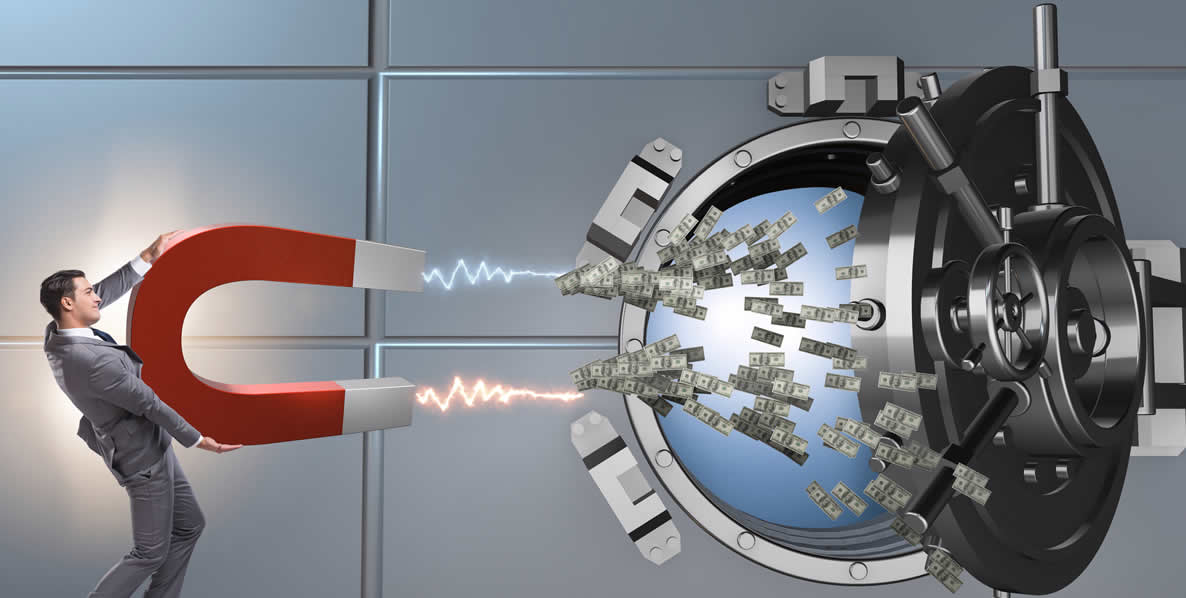 Issues relating to financial crime continue to be high on the regulatory agenda, and we make no apologies for looking again at the responsibilities on law firms to avoid any unwitting involvement in all forms of financial crime – not just money laundering.

As many will be aware,  the Solicitors Regulation Authority (SRA) requested that around 7,000 firms confirm to them by the end of January that a valid AML risk assessment was in place (see our December article “Certifying your AML Risk Assessment“).  Having done so, the SRA will now move on to the next phase of this initiative and look more closely at the risk assessments that firms had in place, starting with the larger firms and, in all probability, those who failed to respond.

In the process of this exercise, it has become apparent that what the SRA will expect to see in a valid risk assessment is very much more specific than when it conducted a more limited exercise last autumn.   Many firms, therefore, that believed they had undertaken a valid assessment may find that the SRA’s requirements of them are now rather more extensive.

Despite having stated previously that they were less than enthusiastic about templated risk assessments, the SRA have nevertheless produced their own risk assessment templates (which can be found, together with further guidance, on their website in the form of a “firm-wide risk assessment template” and a “checklist to help firms prepare for a firm risk assessment” ).  Neither is particularly user friendly and simply highlight key issues rather than assisting firms in determining the extent to which those issues render them low, medium or high risk. 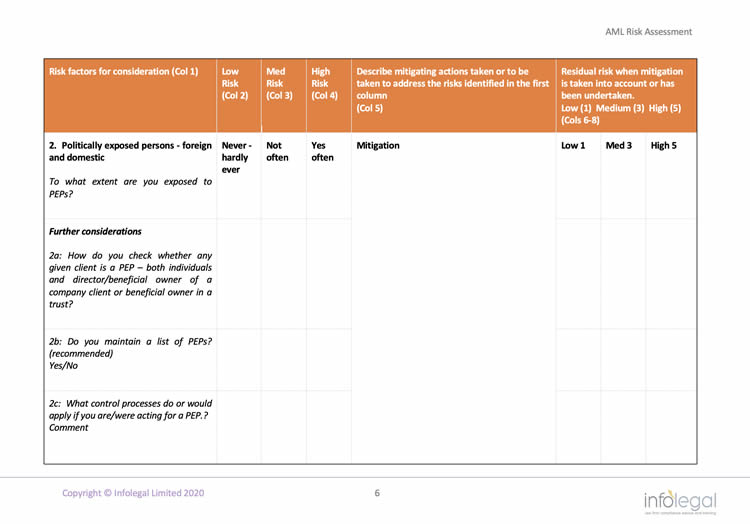 To help firms struggling with compliance in this area, Infolegal has produced a revised version of its own template risk assessment form which will assist users should they wish to revisit this exercise and help to give them the best chance of achieving the regulator’s approval.  By bringing together questions looking at current and potentially mitigated risk and assigning numerical values to those various risks,  users are able to assign values to their level of compliance and provides a guideline as to overall and sector risk levels. Infolegal members can download the revised risk assessment from the Infolegal Compliance Hub.

Though not formally published by the SRA, MLROs should also note some of the questions being asked on regulatory inspections on this topic. These have included how many internal enquiries and reports have been received in the last couple of years and how many suspicious activity reports to the NCA have then ensued, and therefore a percentage analysis of SARs made as opposed to internal reports received.

Other recommendations include compiling a list of politically exposed persons, taking into account the increased prominence given to that in the recent Amendment Regulations. It would also be wise to spell out in guidance for those parts of the firm involved in transactional work – conveyancing most obviously  – what should be regarded as an “unusually large” matter and so requiring enhanced due diligence (MLR 2017 r.33(3)(b)(1:f).  This is a relative factor – i.e. what would be “unusually large” by reference to the transactions undertaken by that firm.

Meanwhile, the Law Society has been busy updating and adding to its range of practice notes covering other areas of financial crime. This is partly in response to the SRA’s increased level of activity on money laundering and partly to show the new references that now apply following the replacement of the Handbook with the Standards and Regulations.

Among the new and revised practice notes dealing with financial crime is that dealing with the offence of non-facilitation of tax evasion. Just to recap, there are two offences here in relation to the failure to prevent the criminal facilitation of tax evasion introduced by the Criminal Finances Act 2017 (CFA17) and which came into effect from 30 September 2017. The main offence to address is to be found at s.45 – failure to prevent non-facilitation of tax evasion within the UK – with a broadly similar offence at s.46 which widens the scope of the crime to the same conduct internationally. The methodology of these offences is very similar to those to be found in the Bribery Act 2010 which provides at s.7 that organisations, including law firms, must have a policy and appropriate procedures in place to prohibit and prevent bribery or they will automatically be deemed to be complicit in the acts of any of their employees or ‘associated persons’ that amount to offences under the Act.

In the case of the CFA17, where there is no anti-tax evasion policy the firm will find itself automatically liable for the acts of employees, or others acting on its behalf, if it fails to prevent them from criminally facilitating tax evasion.  Note that this relates to tax evasion as opposed to tax avoidance (and the professional advice that underpins it). The measures dealt with in the CFA17 seek to address the failure to prevent the criminal facilitation of tax evasion, not avoidance and is less concerned as to the finer points of tax law as it is about fraudulent or dishonest behaviour.

How much of a risk does this realistically present to law firms? The numbers of prosecutions to date would suggest that it is not great, but there remains the possibility, for example, of personnel submitting to pressure, for example, from a client to invoice them through their business for work done for them as an individual. Quite apart from the risks of a conviction and the disciplinary measures that would follow, the reputational harm could wreak untold damage. Firms will also be concerned to protect colleagues from action against them as well.

A familiar theme which is carried over from the AML issues mentioned above is that the first step required to be compliant with these offences is to conduct a risk assessment as to the firm’s exposure to collusion in tax evasion and then to develop policies and procedures to counter those risks. Infolegal members will find materials on the Infolegal Compliance Hub to assist them in doing so. In addition, we have published an updated Factsheet on this topic which provides a full explanation of the legal requirements and a revised template risk assessment for members to use in their firms.  There are also template policies in the Solicitors Office Procedures Manual (2.17 in both the firms and the sole principals’ versions and 2.7 for sole practitioners) which Infolegal members can incorporate into their own manuals. Finally, members can view a training module – ‘Financial Crime Awareness’ – which deals not only with the non-facilitation of tax evasion but also with bribery.

Other Law Society practice notes to be aware of include: