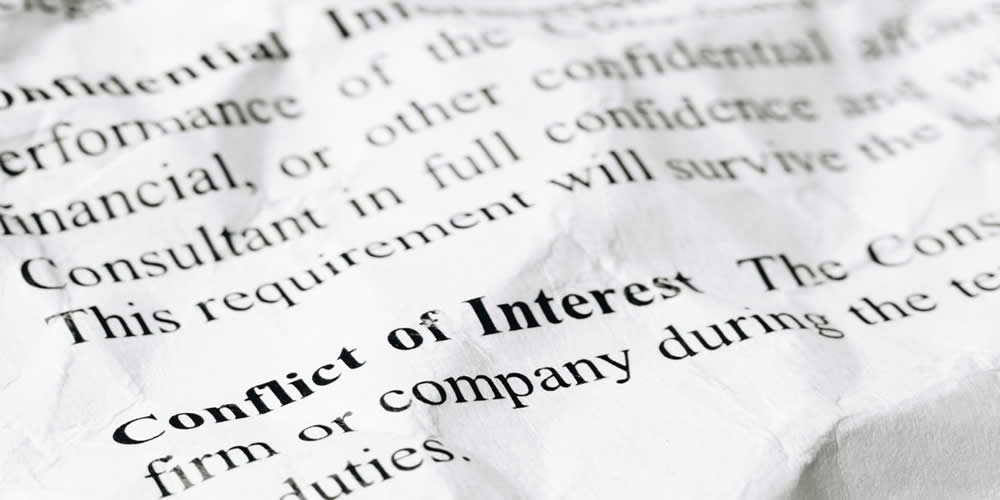 For the majority of solicitors’ practices, and for the Compliance Officer for Legal Practice (COLP) in particular, considerations concerning conflict, confidentiality and disclosure and as to whether the firm may act in certain situations will inevitably surface from time to time. In many cases this will be as a result of the existence of other, and sometimes rival, professional commitments.

Concerns as to whether a conflict of interests exists between two or more parties will usually be the more straightforward of the complications that may arise.  Often, the more complex situation will arise where the firm, or somebody within it, possesses relevant professional information that could have a bearing on a new matter.

The main complications that arise are those under paragraph 6 of both of the SRA Code of Conduct for Solicitors, RELs and RFLs (the Code for Individuals) and the SRA Code of Conduct for Firms (the Code for Firms), namely that  the duty of confidentiality owed to one client (past or current) may mean that a new matter has to be declined as a result of the duty of disclosure of relevant information to the new client. In such circumstances paragraph 6.3 of the Standards and Regulations provides that confidential information may only be disclosed with the client’s consent or by operation of law, but paragraph 6.4 states that a lawyer must disclose all material information of which they are aware on that matter to their client. Where these two duties conflict it is the duty of confidentiality to client A that must prevail, with the result that the other lawyer is unlikely to be as open as they would need to be to take on the new matter for client B.

Furthermore, paragraph 6.5 provides that a firm may not act for a client if it has an ‘interest adverse’ to the interests of another client unless either:

This is clearly the territory of information barriers or ‘ethical walls’ (formerly referred to as ‘Chinese walls’) and when operated formally are mostly the domain of the largest commercial firms only. It is also important to stress that such devices do not overcome a conflict of interests – they merely safeguard the confidentiality of certain information in certain circumstances.

Of all of these components it is the duty of disclosure that most commonly requires further explanation. Paragraph 6.4 provides that “when acting for a client on a matter” (which is intended to limit the obligation to fee earners only) they must “make the client aware of all information material to the matter of which (they) have knowledge”. There are, however, certain exceptions to this requirement which are stated to be:

Other judgements to be made in this situation are whether another lawyer in the firm, who does not have the confidential information in question that is known to a colleague, may take that matter over. This might be a good route forward but only if there are no fundamental flaws in the matter which could mean that the firm as a whole would be acting in breach of the Principles in acting at all. This is, of course, common practice when a firm has recruited a lawyer from elsewhere who acted for an opponent of their new firm in their previous position: they may not now act for the other side in their new firm but in normal circumstances there is no reason why someone else in their new firm should not do so (Koch Shipping v Richards Butler [2002] EWCA Civ1280).

Acting for other defendants

Further complications may arise from the more general professional and legal obligations which have emerged from the extensive case law which has been reported over the years on the nature of the duties that solicitors owe to their clients and others. One particular example is the operation of information barriers as covered by paragraph 6.5 of both of the Codes, on which the leading authority remains Prince Jefri Bolkiah v KPMG [1998] 2 AC 222. Another House of Lords decision based on conflicts – Hilton v Barker Booth & Eastwood [2005] UKHL 8 – analysed the nature of the general common law duties owed by the solicitor to their client. There was a reference to the solicitor needing to show “single minded loyalty to (their) client’s interest” and it was explained that the duty to respect a client’s confidences has its roots in the fiduciary relationship, but then (reflecting the importance of the retainer process) as “moulded and informed by the terms of the contractual relationship”.

These common law fiduciary relationships were considered further in the recent Court of Appeal decision in Glencairn IP Holdings v Product Specialities [2020] EWCA Civ 609. Here, in a highly unusual twist to the normal issues that arise from conflicts and the handling of confidential information, the application did not seek to restrain a firm from acting against a former client but instead from defending a claim where it had previously acted for a different client in a similar claim that had been brought by the same claimant. The claimant’s objection was that the confidential information that the firm would have gathered as a result of its involvement in the former matter would provide their new client with an unfair advantage in the new matter.

There had been some question in earlier proceedings as to whether the requirement for information barriers along the lines of the guidance in the Prince Jefri decision would be required in these circumstances, but the Court of Appeal held that this was not the case. In their view the situation where a firm had previously defended a claim for one party and now proposed to do the same for another did not give rise to the same considerations. Rather than requiring formal controls over the previous client’s confidential information there would instead be an evidential burden on the claimant to show that they would be unfairly prejudiced if the second action were to proceed as planned. There would, of course, be a duty of confidentiality owed to that earlier party by the defendant firm if accepting similar further instructions from another, but these were not issues of direct concern to the claimant. In the circumstances the trial judge’s conclusion that the “balance of justice” did not merit the defendant firm from being restrained from acting was upheld.

Infolegal subscribers may be interested to know that we have recently updated our factsheet on the topic of Conflicts, Confidentiality and Disclosures as well as the associated training module, both of which are available on the Infolegal Compliance Hub.